Stay Up To Date

I am pleased to have been elected to represent Callide in the Queensland State Parliament.

The Callide community is a great place to live, work and raise a family.

When we work together we can ensure job security and opportunity, access to health care, a strong education system and a safer community.  To do so we need small and medium businesses to grow and create more jobs, and to build transport and other infrastructure that meets our needs.

I am interested to hear your views on these and other topics.  I hold regular mobile offices in the towns in our electorate, in addition to my electorate office in Biloela.

I welcome your views and suggestions.  I will work hard to assist you if you require my help on any matter affecting you or your family, in addition to promoting the interests of everyone in our electorate of Callide. 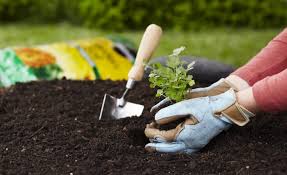 Arrow Energy has announced their “Brighter Futures” community investment program, with applications open in Round 1 of Funding. Closing date is Friday 6 March 2020. Please use this link to

Today Labor moved amendments allowing the immediate destruction of the Paradise Dam without requiring any of the usual approvals. Even the report into the Dam isn’t due to be tabled

Many farmers and graziers and their regional communities are feeling the continual effects of the drought. My office is currently receiving many calls for help from people in need. Although This message is only visible to admins:
Problem displaying Facebook posts. Backup cache in use.

The unions running Queensland and making up the rules as they go. ... See MoreSee Less

The LNP has always worked in well with the banking system and the banks have thanked them for it.

The current home schooling situation has made parents more aware of what some children are being taught.

Individual teachers can decide which resources they prefer to use. ... See MoreSee Less

Don’t forget at the ballot box Time to get rid of all anti regional Australia parties. Eg .Greens -Labour-party and National party

I am certainly annoyed but it’s not new. When my now 27 year old was in primary school he came home and told us to stop pouring our poisons in our river. Obviously at $800 or even$1600 for a 20 litre drum of chemical we never waste a drop

There are many reasons why this state labour government has to go, and all of the left leaning educators, especially those that teach that farming is done irresponsibly these days, when in fact it is sustainable and necessary....despite what this government tries to do to weaken the industry.

Well, they’ve got rid of manufacturing, now for agriculture. The need to say no is now. While everyone is against importing food from China, and every other uncertain source of imports. If you have an MP start geeing them up.

How can they? The Ag colleges are gone. These school based Ag courses - the content is left wanting there is no practical experience involved with the delivery.

This is the saviour ...good coming out of a bad situation. At least parents are now aware.

Let this be a wake-up call as to just how much leftist, anti farming propaganda is being force fed to our kids, who unless they live on a farm, have absolutely no way of knowing that it is BS. But then we have an education system that has been overrun by elitist, leftist, educators that are aided and abbeted by marxist leaning governments.

The first thing we have to do is get rid of these CLIMATE CHANGE SCUMBAGS spreading all these lies about the climate which has always been changing and always will regardless. Beef 🥩 cattle are as efficient as any other animals that we as farmers produce. How the hell do all these idiot people get their food 🥘 that they eat. Oxygen, water 💦 & food 🥘 are the three main things that sustains life. We need huge dams and irrigation systems to grow more quality food for us Australians and also the world 🌎. We as farmers get lots of crap 💩 thrown at us from the Greens & the leftie oxygen thieving scumbags, yes we feed them too. The food 🥘 we produce is the cleanest & the best quality in the world 🌍. Those two girlies running QLD would not have a clue what happens in the country arrears, hopeless 😩 😩 . Yes they want to destroy the Paradise Dam instead of fixing the problem. THEY HAVE TO BE THROWN OUT AT THE ELECTION later this year, NO IFS NO BUTS !!!!!! I like my meat ( beef 🐄 pork 🐖, chicken 🐓, sea food 🎣 🦐 🦀 & all the veges 🥔 🥕🎃 ect ).

The only good thing to come from this virus An awakening to just what kids are taught at school. Total brainwashing by the socialists They learn to be anti government, fake science of climate change, gender fluidity and rewritten Australian history. No longer Australia Day. Now Surrender day Time politicians and parents took on these institutions and cleaned them out

This message is only visible to admins:
Problem displaying Facebook posts. Backup cache in use.

Lest We Forget ... See MoreSee Less

This land is our land. Thanks to all those who fought for it. Lest we forget.

Lest we forget ...well done Colin , love your backdrop ...the cows and birds , and the beautiful grass . ☺️

Lest we forget ❤️

Thank you Tom Marland for your Tribute.

Lest We Forget.“The second lieutenant”

I spent 5 years at Toowoomba Grammar School in a boarding house named after L.A. Boyce.

I never knew the history of the man that my "house" was named after until years later.

Leslie Atherton Boyce was born in 1897 in Burketown in the Gulf of Carpentaria.

He won a scholarship to attend the Toowoomba Grammar School in 1911.

T.G.S. Headmaster G.P. Barbour in 1911 wrote about Boyce to his parents:

"Your boy has exceptional ability - certainly the ablest, naturally, of our 150 boys …
It is seldom that we schoolmasters strike so interesting a pupil"

He was a good cricketer and gifted student and graduated in 1914.

Upon turning 18, in January 1916 he enlisted with the 41st Battalion of the AIF and sailed from Sydney for the battlefields of Europe in May 1916.

He fought in France and was promoted to field Second Lieutenant in June 1917 - six days after his 20th birthday.

He later fought in the Battle of Broodseinde Ridge near Passchendaele where he was wounded and evacuated to hospital in London.

For his gallantry he won the Military Cross in 1918.

His citiation, published in the Anzac Bulletin of June 14, 1918, reads:

Second Lieutenant Leslie Atherton BOYCE, Infantry. For conspicuous gallantry and devotion to duty when in command of his Platoon during an attack, and of the Company after reaching the objective, all of the other officers being killed or wounded. He remained in command for two days consolidating the position and repelling counter attacks.

Upon his recovery, he re-joined the Allied defensive and was seriously wounded in the Battle of the Somme suffering machine gun wounds to his hip, groin and thighs.

He returned to Australia in a wheel chair but went on to live a long life involved in business, politics and philanthropy.

On his death he donated his home and gardens located on 7 hectares in East Toowoomba to the University of Queensland.

While we are going through tough times now it’s important to remember the sacrifices and the people that came before us.

This ANZAC day - lest we forget.

He stood upon a lonely muddy trench;
And perused the bloody foreign field.
10,000 men had already lost their lives;
For very little gain or little yield.

They'd left their home now far away;
To a place called Passchendaele.
It would be the third Flanders offensive;
This time they could not afford to fail.

The orders came from high above;
12 divisions would make the charge.
The men were tired, hungry and wounded;
But their hearts were still strong and large.

The drop off point was 6pm;
They would have artillery cover.
But once the big guns signalled off;
German machine guns they’d have to smother.

As the last mortar landed, the whistle blew;
The troops went over the top.
A few hundred feet of sodden ground;
Who knew what force they’d cop.

The scene was like one straight from hell;
The soldiers fell like fly.
The brave soldiers met their bloody end;
As their officers also began to die.

The scene was one of pure carnage;
They were being picked off like stuck deer.
Then a lowly second lieutenant;
Took the bloody reins, with no bloody fear.

“Lads there is no use staying here;
We’ll be murdered without boast.
The only way out of this godawful mess
Is to take that machine gun post!”

When all was lost, the young lieutenant
Dodged bullets to get within range
He rained the machine gun with grenades
The battle tide was about to change

The Australians stormed the German lines
With rifles and bayonets fixed beneath
When the bullets and grenades all ran out
They fought with hands and teeth.

The Australians had reached their objective
But all their officers had been killed or stranded.
The young lieutenant was the last one left
The whole company he now commanded

Finally fresh reinforcements did arrive
To relieve the tired and wounded men
The young lieutenant still held his ground
To the final bloody end.

The replacement Captain looked around
Over the beaten and bloody souls
“Whose the man in charge here?
Whose the officer who held this goal?

The young lieutenant raised his weary hand
and walked over to report his post
“I am the only one left standing Sir;
The others are either wounded or now a ghost.

The captains look was one of shock
Of this brave lieutenants courage under fire
“You’ve done your men and country proud
To the back lines you can now retire.

20,000 soldiers had lost their lives
To win that bloody futile ground
The loss included 7,800 Anzacs;
Many of their bodies were never found

The second lieutenant won the military cross
But there were battles still yet to be won
There was no time for celebration
His next post was at the Somme.

So say a little thank-you,
Say a little prayer
Hug your family that bit more tighter
And be grateful for the freedom we all share ... See MoreSee Less

Also Lt. General Sir Harry Chauvel, was at Gallipoli then went to the Middle East and on the 31st of October 1917, he ordered the charge of the 4th Australian Light Horse Brigade on Beersheba. Of which my grandfather took part in. Chauvel is a TGS old boy. I remember this from the roll board at TGS.

So thankful for being able to read of such an inspirational young man.

A beautiful story of a wonderful young man ♡

Colin, my husband (from Blackall) spent 5 years at TGS but until today did not know the history behind L A Boyce House

Love these stories about our diggers

We will remember them all

Lawson Howe did you know this?

An amazing man. Thanks for sharing.

Love these stories about our diggers

Stand united in spirit this Anzac Day. Wherever you are, take the time to remember the sacrifices made and together let’s light up the dawn in honour of our Anzacs, and all our past and present Servicemen and women. 6am Saturday 25April 2020 #lestweforget #lightupthedawn #callide #anzac #anzacday2020 ... See MoreSee Less